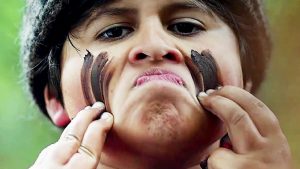 Sometimes a film comes along that’s so awesome I barely know what to say about it. It feels beautiful and surprising and utterly human. It makes me wish I knew more about films so I could better understand its magic. Hunt for the Wilderpeople is one of those films.

Hunt for the Wilderpeople was written and directed by Taiki Waititi, the New Zealander behind the wonderfully deadpan vampire comedy What We Do in the Shadows. It’s about a boy who’s been bounced around the social care system and is on his last chance before he goes to juvenile detention. He’s placed with a foster couple also living on the fringe of society, in a physically isolated cabin at the edge of thousands of miles of wild forest. That might sound like a bleak start, but their lives together and what follows are quirky, touching, and filled with hope. 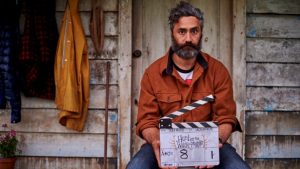 I love a lot about this film and don’t want to go into details for fear of spoiling or over-hyping. But I feel it’s safe to say that what makes it so great is the characters. They’ve been written in a way that displays, challenges, and twists stereotypes and cliches. The writing and performances bring the same approach to emotion as to humour, gently easing a reaction from viewers rather than trying to force a laugh, a gasp, or a tear. Ricky’s way of expressing his emotions is particularly surprising and lovely.

Taiki Waititi is clearly an awesome director. It feels bizarre that the man who created this will also make the next Marvel Thor film, but I can’t wait to see what he does.

In the meantime, go take a wander with the Wilderpeople.