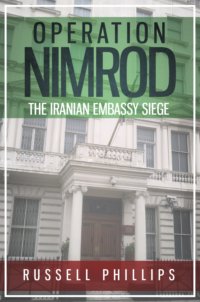 As a fiction writer, I often turn to non-fiction for ideas, details I can snatch from reality to fill my imaginary worlds. But well-written non-fiction can also provide lessons in narrative technique.

Take Operation Nimrod by Russell Phillips. It’s an account of the 1980 incident in which terrorists seized the Iranian embassy in London, leading to a five-day siege and finally the storming of the embassy by the SAS, live on national television. It’s a fascinating incident in its own right, and Phillips’s clear, restrained writing provides a detailed account of events. What’s more surprising is the example of characterisation shown here.

It’s a common feature of Phillips’s books that he doesn’t speculate about the mindset of the people involved or try to draw conclusions about their characters. We’re presented with the facts and left to interpret them as we see fit. The tools fiction writers usually use to make us care about characters – exploring their home life, their backgrounds, the inner workings of their minds – these are absent. And yet I found myself caring deeply about one of the characters in this book, feeling so invested in him that I was on edge reading the account of the assault, waiting to find out if he would survive.

That character – or rather that person, as he’s real – is PC Trevor Lock. The reason I cared so much about him was that I saw his character revealed through his actions.

True, we get a little insight into Lock’s motivations early in the story. He was the police officer on duty at the embassy and was worried that, by stepping inside for a cup of coffee at just the wrong moment, he had failed in his duty just as the terrorists arrived. But Phillips doesn’t dwell on this. Instead, he shows us Lock’s actions as the siege unfolds. How he acts to alert the authorities. How he helps with the other hostages. The lengths he goes to hiding a weapon about his person, even knowing that this puts him at great risk. And finally, how he responds when the siege reaches its violent climax.

Despite the deliberately distanced narrative style, I felt like I knew PC Trevor Lock, this brave and determined officer who stayed calm in the most extreme circumstances and who risked his life helping others. Phillips didn’t need to tell me that Lock was brave or determined, or what sort of person he was – instead he showed it through Lock’s actions.

There’s a lesson here for writers, and it’s a variation on the classic “show don’t tell”. If you want readers to care about a character, the best way to do that is often to show who they are through their actions. That way, the reader does their own work understanding and investing in the character. Yes, there’s a place for getting directly into the character’s head. But actions are so powerful, they are often the best tool.