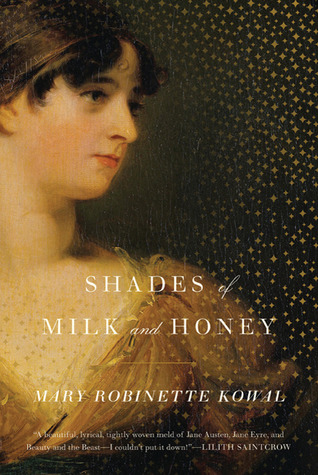 It is a truth universally acknowledged that a fantasy novel must feature an action sequence. Except that, as Austen readers will know, a universally acknowledged truth has about as much value as Mr Wickham’s honour, which is to say even less than his pocket-book after a night out in Bath. (For anyone who’s somehow missed out on Pride and Prejudice in its many incarnations, Wickham’s a cad and a bounder, and you can probably work out the rest. Guess I should have said spoilers, but I think 200 years is about the point at which I don’t need to say that, right?)

Don’t get me wrong, I love a good action sequence. I grew up watching westerns and war films. I can recite the action sequences from Star Wars almost as well as the lines from the script. When I was nine I drew a whole series of illustrations showing the Battle of the Five Armies from The Hobbit, and I believe that by restricting myself to a red felt tip pen I truly evoked the bloodthirsty horrors of war. Or was too lazy to go find another colour – these things happen.

But much as I love a bit of action and excitement, I want other things from culture as well. I want The Great Gatsby and Lost in Translation. I want Miles Davis as well as Metallica. And this principle applies to my fantasy and science fiction.

The modern fantasy genre has emerged out of a tradition of mythological adventure and pulp story telling, and those both brought with them a lot of sword swinging and chasing around the place. But that’s the thing about emerging from a tradition – you get to do something more. That’s part of what I’m really enjoying about reading Mary Robinette Kowal’s Shades of Milk & Honey. It takes magic and uses it to tell a story about love, art and social conventions, not about full-blooded adventures full of daring do.

Unless something changes in the last hundred pages. At time of writing I haven’t finished the book yet, and maybe there’s a surprise car chase featuring a Jason Statham-style character before the end. But I doubt it.

Some people might say ‘no action? that doesn’t sound very exciting.’ To which I say ‘action all the time? sounds dull too.’ I crave variety, and having a fantasy story that uses magic to explore art and 19th century social conventions adds variety, adds excitement, adds wonder.

Some fantasy claims to break with tradition because it doesn’t have orcs and elves, or because the hero’s not very nice, or because it’s got gunpowder. And every story to some extent uses and to some extent breaks from tradition. But Shades of Milk & Honey is a far greater and more interesting break from the fantasy tradition than almost anything I’ve read, because it doesn’t just change the details, it changes the fundamentals of what drives a fantasy plot and how conflict is enacted in it.

I’m not saying I want all fantasy to be like this. I like my orcs and thinly disguised orc substitutes. I like seeing Sean Bean die over and over again. But please, let there be more fantasy out there like Shades of Milk & Honey, as well as more that’s nothing like it but nothing like Tolkien either. Let there be real variety. Let there be fantasy slacker stories, and fantasy medical dramas, and fantasies in which cops and criminals embody the social problems facing modern society. Because we all want to see a fantasy version of The Wire right? What, no? You think that’s a terrible idea? Damn, there goes my pitch letter to HBO.

So, after all of this you probably think that I’m going to recommend that you read Shades of Milk & Honey, right?

Wrong. By now you know enough to decide that for yourself. And if you’ve read this far, odds are you’re already on board for this beautiful magical take on Jane Austen’s world. So instead I’m going to throw another recommendation your way. Read Phonogram Volume 2: The Singles Club, a comic by Kieron Gillen and Jamie McKelvie. It’s another great example of fantasy used to explore a different facet of life. Like Shade of Milk & Honey it’s something you should love, and even if you don’t then it’ll add some variety to your life.

But read Shades of Milk & Honey too. Because I lied about not recommending it. And that Jason Statham car chase chapter is awesome.

I finished reading Shades of Milk & Honey last night. There actually is an action sequence of sorts near the end, and by the time it arrives any halfway smart reader will be expecting it. It doesn’t detract from my general point – in fact it’s so at odds with the tone of what enchanted me about this book that I may write another post about it – but I thought I should mention that it’s there.

No Jason Statham though. Not unless they make some strange casting choices when this become a movie.

I wrote this post in the middle of Saturday night. I couldn’t sleep. That may explain a lot. Expect more about this book later in the week, because I’m all enthused.

If you want to see how I write both full-blooded action adventure and fantasy that’s about art and whimsy, then please check out By Sword, Stave or Stylus, my collection of fantasy stories.