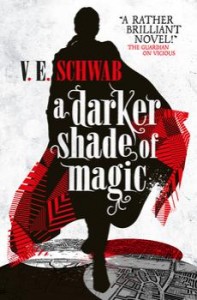 The ashes of the city were still warm underfoot. They felt gentle against Luigsech’s skin, until she trod on something broken beneath them – a snapped bone or shard of pottery. Then she was reminded of the destruction they had brought to pass here, unleashing their rage upon the people living within the invaders’ walls.

She had thought that vengeance would help her feel better about losing Seisyll, but she was still as lost as she had been for months. The ashes were meant to hold something, anything to soften the blow. That was why she had come back here, axe still in hand, while the rest of the army formed up behind their queen and marched on. But the ruins were too empty, too quiet to bring any comfort. The black stain of ashes would forever scar this land, but it could not drive away her grief. Walking here just left her feeling hollow inside.

The wind blew, lifting ash from the base of a fallen pillar. Perhaps that was what she needed to do, to imitate the wind and dig deeper.

Kneeling, she sank her hands through the ashes, flinging handfuls aside. The air around her becoming a grey cloud, until her fingers touched upon something strange and angular.

Carefully now, she brushed the ashes from its surface, revealing a fallen statue. The man it depicted had been handsome before they tore him from his plinth, smashed chunks from his face and scoured his building with fire. What remained still had a stark beauty, with the remnants of smooth lines and perfectly carved muscles.

Tears ran down Luigsech’s cheeks. She had never seen such a breathtaking work of art, and she had played a part in destroying it. How many more things of beauty had they ruined? She had wanted to create balance for Seisyll’s death, but all she had done was bring more loss.

She pulled off the fur in which her chest was wrapped and used it to brush the ashes from that beautiful, broken face. Then she worked her way along the prostrate form, flinging aside the ashes that covered his belly, his pelvis, his legs.

At last she came to his feet and saw what he stood on. Another body, this time a rendition of one of her own people, trampled underfoot. She didn’t know if it was the way he was carved or just her fond memories, but this man looked so much like Seisyll that she wept again.

This time the tears were hot with anger, her breath coming fast in her rage. It sickened her to think that people capable of such beauty should use it to depict the terrible things they had done. She felt ashamed that she had wept for these people, ashamed and angry.

Snatching up her axe, she pounded at the smug face of the Roman, smashing away what remained of his beauty in a frenzy of blows.

She had helped to ruin something wonderful, and it had all been worthwhile.

If you enjoyed this story then you might also want to check out my collection of historical fiction, From a Foreign Shore

I’ve been meaning to read Rivers of London for a while. I’m intrigued by the idea of hidden cities lurking beneath our own, both literally and metaphorically, and this looked like it would play on that theme. I’ve not read much urban fantasy, but this looked fun and a bit different, and I’m familiar enough with London for that to add to my interest. I don’t know how original this is by comparison with other fantasies in modern settings, but it worked for me.

Rivers of London follows policeman Peter Grant as he’s drawn into a world of supernatural danger and politicing. It’s rich and convincing in its detail, including that on police life and London’s history. I don’t know if it would stand up to an expert in those fields, but I’m no expert, and Aaronovitch convinced me he knew what he was doing. In fact, that was one of the biggest lessons I learned from this book as a writer – do more research. The throw-away details and the real-sounding depiction of the nuances of police life really sucked me in, even when dealing with the unreal.

Story-wise, this was pretty familiar. An apprentice drawn into an exotic life, growing out from beneath the wings of his master. A mysterious power to be thwarted. A crime with limited suspects. A hint of love triangle on the side. Nothing innovative, but nothing wrong with that. The parts combined well, it was easy to follow and cracked along at a good pace.

And strangely, I’m struggling for more to say. There was nothing that stood out as wrong with this book, and nothing that leapt out and made me go ‘holy cow, I must talk about that!’ It was good enough that I’ll probably read more Peter Grant books, and at the end of the day, isn’t that a success for a novel?

Overall, worth reading. I enjoyed it, I’ve learned a bit, now on to the next story.

Have any of you read it? What did you think?