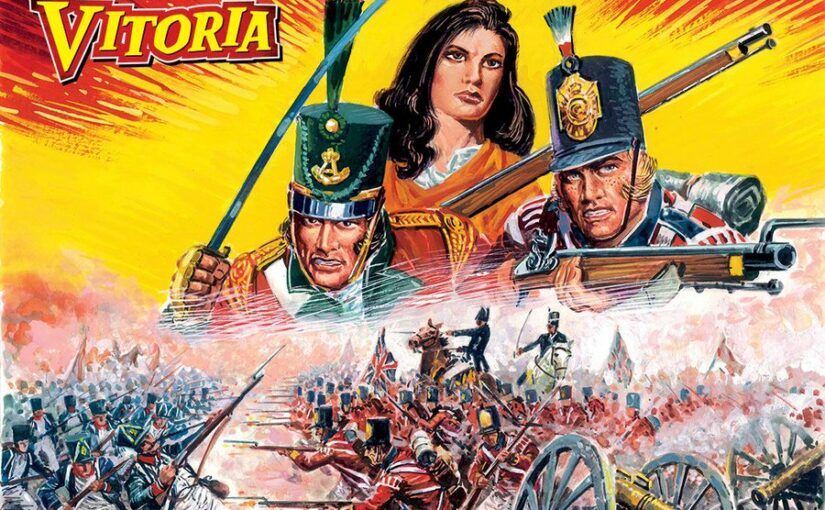 Maria took a breath as loud as the pounding of her heart. Her grip tightened on the bayonet they had taken from the French soldier. She looked down at him, arms and legs tied to a chair in the middle of the one-room house, blood dripping from his nose onto the white front of his uniform. His blond hair and soft, round face made him look like a cherub beneath the bruises.

“We found him walking alone on the Barcelona road,” Juan said. “Near where they strung up Santiago and Maya.”

“Were you part of that?” Maria asked, pressing the point of the bayonet against the soldier’s neck. Her hand shook at the memory of those bodies, flies buzzing around their drawn out guts, faces contorted by hours of pain. The soldier winced and blood trickled down the bayonet.

“Of course not. Napoleon and his cockroaches want to rule us, not understand us.”

Maria took a step back, removing the blade from the soldier’s throat. Justice should be decisive and deliberate, not a slip of the hand.

Her gaze never left the soldier. Had he been one of the killers? Had those pale, slender fingers ripped off her friends’ clothes? Had this bayonet, blunted and battered, torn through their flesh? If she looked really close, would she find blood staining the corners of his fingernails?

It didn’t matter. He had come to Spain as a conqueror, had chosen to align himself with murderers. He was one of them.

“Take him back to the Barcelona road,” Maria said with a sneer. “Leave the body there for them to find.”

Juan untied the soldier and hauled him to his feet. That soft face looked around uncertainly, eyes darting between Juan and Maria. Bruises shone blue against ghostly skin.

“We’re going to make you suffer,” Juan said, leaning in close to the soldier, baring his teeth in a terrible smile. “Everything you did to Santiago and more.”

Maria frowned. She had sworn to do whatever was needed to set her country free, but what the French had done to Santiago and Maya was hideous.

“Kill him cleanly. Show we’re better than them.”

“No. We have to show that we’re worse, that every atrocity they commit will come back upon them a hundred times over. If we don’t then they’ll never stop.”

Juan spoke of terrible necessities, but his face filled with malicious glee as he dragged the soldier towards the door.

The bayonet was hard and heavy in Maria’s hand. A tool made to kill men, brought into her country for no reason but to keep it under control. The Frenchman deserved this, but what did her people deserve?

She leapt forward, grabbed the soldier from behind, and thrust the bayonet into his back. It was like sewing, a matter of precise placement, the cloth resisting the needle just for a moment before it slid through. Fear and hatred were replaced by the swift, energising moment of action.

The soldier didn’t even let out a gasp. He crumpled, fell, spilt blood across her feet and through the gaps between the floorboards.

“What the Hell?” Juan snapped.

“Take him to the Barcelona road,” Maria said, stepping back. She would have to find something to cover her dress, to hide the bloodstain as she walked home. “Do whatever you want to the body there. Make it as hideous as you like.”

The soldier’s lips were parted in an “oh” of surprise, his blue eyes still open and staring across the bloodstained floor. Every crease and freckle of his skin was a letter in a book that no-one would ever learn to read.

“We only need the French to think that we act like monsters. We don’t need it to be true.”

“You didn’t have the right to make that decision.”

Maria picked up a blanket off the bed and wrapped it tight around herself.

“None of this is about right – it’s about how wrong we have to be.”

Maria comes to this story fresh from my latest Commando Comic, which is out this week. V for Vitoria is the sequel to my previous Napoleonic story, The Forlorn Hope, both set during the Peninsular War. English riflemen Hopper and Jones continue their journey through a wartorn country, aided by a washerwoman who is more than she seems. The comic is available through Comixology and wherever paper copies of Commando can be found.

Spain, 1813: Former opponents Tom Hopper and Samuel Jones are part of Wellington’s army, driving back the forces of Napoleonic France. When their captain is captured, it falls upon Hopper and Jones to rescue him. But it will take a daring escape and a lesson in humility before they can join their comrades to face down the French at the Battle of Vitoria.

Out today from Commando Comics, V for Vitoria is the sequel to my previous Napoleonic story, The Forlorn Hope. See Hopper and Jones continue their journey through a wartorn country, aided by Maria, a washerwoman who is more than she seems.*

V for Vitoria is available through Comixology and wherever paper copies of Commando can be found.

*No, she’s not Toad of Toad Hall,  though that would also be cool.