Today I have a guest post from Russell Phillips. Regular readers will be familiar with Russell as the author of several self-published books on military history, as well as many insightful comments here. He’s been a huge help to me in starting with self-publishing, and he’s here to offer some more of that great insight today… 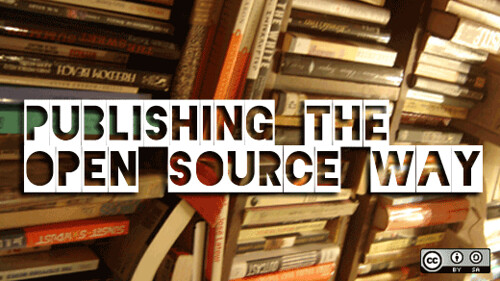 Many open source advocates have accused traditional, closed-source, companies and developers of using tactics known as “FUD” (Fear, Uncertainty, and Doubt) when arguing against the use of open source software. Such tactics are easy to use, and difficult to counter, since they don’t offer concrete examples of problems, they simply suggest that problems might exist. Why go for the new and unknown, the argument goes, when you can stick with what you know? The same tactics are now being used against self-publishing, with warnings that many self-published books might not be ready for publishing.

The stereotype of open source developers is long-haired hippies and teenagers living in their parents’ basement. Similarly, the stereotypical self-published author only turned to self-publishing because their work isn’t good enough to get a traditional deal. There is undoubtedly some truth in these stereotypes, but in both cases, the stereotypes fall far short of the full story. Large companies including IBM, Microsoft, Google, and Amazon have released open source software. Self-publishers regularly appear in the New York Times and USA Today best-seller lists.

The Letter Matters More Than The Spirit

One lesson all authors (both traditionally and self published) should take to heart is that the letter of the contract is important. Large companies will obey the letter of the contract, and if they don’t, they can be sued. That’s a difficult proposition, but it’s much more difficult to sue a company for not adhering to the spirit of the contract. If you are signing a contract, make sure that everything that matters to you is written into the contract. Similarly, don’t agree to a contract or a set of terms and conditions if there are provisions missing that are important to you. Several large companies (including Amazon) have released open source code because the licence forced them to do so. In some cases, they did the bare minimum to abide by the licence conditions, annoying some open source advocates because the way it was released meant that developers had to spend many hours getting the code into a more useful form.

Not Everyone That Takes The Freebie Would Have Paid

I run my own web server, using the Linux operating system, Apache web server and MySQL database. These are all open source, and none of them cost anything. There is an option to pay for this software, usually in return for support, but because this option is primarily aimed at businesses, it’s expensive. If the free option wasn’t available, I wouldn’t pay the huge licensing fees. I’d make do without my own web server, and just pay WordPress.com to host my websites for me. Similarly, not every copy of your book that is given away or pirated is a lost sale. If the free copy wasn’t available, some of those people would buy your book, but some of them would simply look elsewhere for their entertainment.

This seems to be a lesson that many self-published authors have already taken to heart. The internet has many blogs (including this one), forums, etc, where authors share their knowledge, what has and hasn’t worked for them, etc. Similarly, open source developers often share ideas and help each other solve problems. While it may seem that other authors are competitors, very few of them actually are. I write non-fiction (specifically, military technology and history). Andy writes fantasy, steampunk and sci-fi. My books simply don’t compete with his. Even if a given reader reads both genres, they’re highly unlikely to refuse to buy a book I wrote about the Football War because they’ve already bought a book by Andy about Victorians going to Mars on steam-powered space ships.

These are some lessons that I believe self-published authors can learn from the open source world. There are probably more, but I’m sure there are also lessons that could be learned from other areas. Maybe doctors, taxi drivers, and chefs could teach us something. Do you have any lessons from other areas of your life that are relevant to authors? Act on my final lesson, and share your knowledge in the comments.