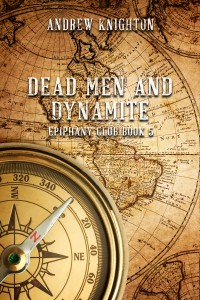 This Friday sees the release of the fifth and final instalment in my Epiphany Club series of novellas (you can pre-order it here). These were the first piece of original work I started self-published some years ago. There have been delays along the way, but I’m finally getting to the end of something that’s important to me. I’ve learned a lot from this experience, so I thought I’d share some of it.

First up, I learned that I’m not as good as I’d like to be at tackling gender issues. I set out to tackle gender inequality, to present female characters who defy the stereotypes of their time. But along the way, I ended up slipping into modern tropes and stereotypes, like the idea of a woman’s strengths lying purely in her social skills. And because the undermining of stereotypes happens more in the later books, the first one looks like it’s playing even more into the stereotypes. I remedied some of this through the advice of beta readers. I’m also planning on revising the first book quite heavily and re-releasing it, to make things better.

I learned that novellas are harder to market than novels. A lot of marketing avenues aren’t open to them, even within the relatively flexible field of self-publishing. I’m going to get around this by creating a collected edition of this series, but it’s made me re-think what I’ll write in future.

I’ve got a lot better at planning and at persevering with projects. That’s how I got to the end of this one, despite numerous delays.

Just through this much practice, my writing skills have grown stronger. One more reason to revise that first book!

Don’t get me wrong, I’m proud of what I’ve achieved. But it’s important to combine that pride with spotting the flaws in my work and the ways I can improve. After all, that’s the only way I’ll get better as a writer.

And if I’ve learned one thing from this experience, it’s that I am getting better.