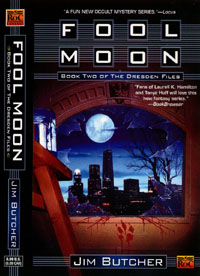 Today sees the release of Avast, Ye Airships!, featuring the latest adventure from my recurring Victorian heroes Dirk Dynamo and Sir Timothy Blaze-Simms. So what better way to celebrate than a nice cup of tea? No, wait, I mean a blog post on writing serial fiction.

A fellow writer and I recently discussed what makes good serial fiction. Not a slowly unfolding plot like Game of Thrones, but something like The Dresden Files, where readers can dip into and enjoy any episode that comes to hand, but fans who follow the series can get a little more out of it. From this discussion I’ve assembled a list below of key points that I think make this fiction work well. It’s not meant as a definitive list, more a work in progress. Like any template, its usefulness would come as much in carefully ignoring points sometimes as in following them all. Still, I think that following these points could help to structure an accessible series that keeps people coming back.

The trick with this sort of series is working out how to make it exciting without anything much changing, and the list is built around that. Have a read, see what you think.

Fully formed at start – probably save origin story for later, as it’s the sort of story you’re never likely to top.

If start with origin story, make sure to wrap it in one go.

A decent person just trying to make their way in the world.

More likeable than the character.

Can be the point of view character, especially if the protagonist has skills or thought patterns that are hard for the writer to portray in detail, eg. genius or expert in an obscure field of study. Think Holmes and Watson.

Rich and varied – plenty of variety to explore.

Ongoing sexual tension with secondary character (a book and a half into The Dresden Files, I’m thinking of Murphy, though James Bond’s Moneypenny also deserves a mention).

A nasty but charming antagonist.

Sympathy for the antagonist.

Individual antagonists can be defeated, but the arch-rival remains present in the background throughout, often setting up other problems.

(A lot of this came from the other writer, and is apparently taken from James Scott Bell, whose Write Your Novel from the Middle is now waiting for me on my Kindle)

Invite readers to continue, don’t make them obliged by cliffhangers.

Trouble starts on page one.

A spiral of trouble.

Subtle hooks – set up characters and details in background of earlier stories to use in later stories – adds interest and substance.

Say you’re writing a sci-fi crime drama, and the main villain is Mr Z. You don’t want him in every time, but you want him to be behind everything. You can’t have the hero permanently beat him, but if he only ever beats a villain of the week type it’s less satisfying.

So structure the series in groups of three or four books. You have one or two in which the hero faces and defeats villains just for that book, while a henchman of Mr Z is built up because of his connections to them.

Then you have a book in which, after building this henchman up, you let the protagonist beat him, permanently getting rid of that henchman. By then it’s become clear that these two or three stories have led up to a bigger plan by Mr Z.

In the last book of that particular cycle the hero thwarts said plan, significantly setting back Mr Z, but still leaving him around. Maybe Mr Z gets sent to prison and is busted out during the next cycle. Maybe he just loses out in some big way. The important thing is, the villain’s still in play.

So, fellow readers and writers, what do you make of that? What have your experiences with serial fiction been – what works for you and what doesn’t? What have I missed or miss-judged?

And if you ever feel like using this list, please let me know how you get on.