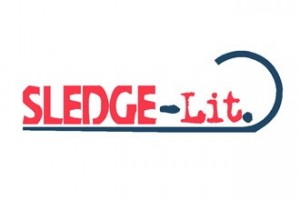 I love science fiction and fantasy conventions. They’re one of those perfect geekend activities where I get to immerse myself completely in the things that interest me – good company, lots of coffee, and discussing genre fiction.

For me, this is the role of conventions, and it shapes the way I see their component parts. I have friends who get frustrated at the lack of originality and controversy in panel programming. They want to see a real debate, some fire and passion, the rise and fall of new ideas. I have no aversion to those things, but I don’t mind their absence from conventions.

Take Sledge Lit, the con I went to in Derby a few weeks back. It was friendly, relaxed and well run. I had a great time. I went to a panel on whether fantasy is becoming broader as a genre. The panellists agreed with each other, and they didn’t say anything startlingly new or that would seem original if you follow fantasy discussions on the internet. Sure, any gamergaters in the audience might have been shocked by their liberalism, but I doubt many gamergaters go to conventions on fantasy literature. And let’s face it, the lack of crossover between gamergaters and sff convention attendees was part of the reason for the recent sad puppies teacup tornado.

So if I didn’t go to Sledge Lit to learn anything new, why did I go? What’s the point in a panel where most of what you hear is what you could read elsewhere?

The point is that the panels are conversation starters. People in the audience can go away and talk about them with each other, getting to know total strangers and hear their views. It’s then, in the more personal surroundings of a bar, that contrasting views can come out, in a context where you can shake hands and stay friends at the end. And even if the overall direction of the panel doesn’t lead anywhere radical, there are always new examples to hear and refinements on the points you’ve heard before. Whether it’s a book recommendation from Natasha Pulley or an example of historical bias cited by Juliet McKenna, hearing people who share our views can still be interesting.

I did learn some new things at Sledge Lit. But more importantly for me, I had a good time getting to know new people, and hanging out with friends. The arguments can stay on Twitter – I’m happy with cons as a bonding space.