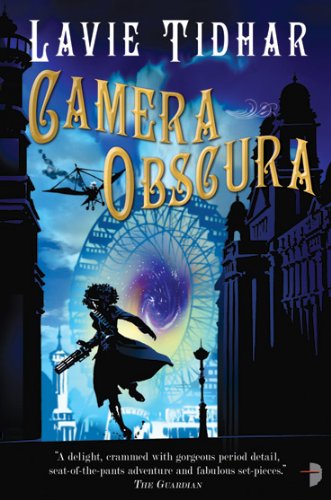 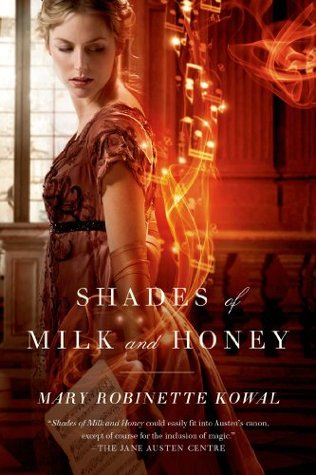 Exposition is one of the most important skills in a writer’s arsenal. Whether you do it subtly through implication or by stating things plainly in long passages, how you tell readers about your world maters. This is especially true in science fiction and fantasy, where those readers need to understand how your world is different from our own.

A C Macklin, aka Everwalker, has already written an excellent post on the fundamentals of exposition, so I won’t repeat what you can read elsewhere. But I want to talk about exposition as a matter of skill, and as a matter of taste.

Three of my more recent reads have shown very different approaches to exposition. In Cold Magic, Kate Elliott uses large paragraphs of narrative and dialogue to explain the workings of her world. Mary Robinette Kowal, in Shades of Milk and Honey, subtly lays out the world through implications and small references. In Lavie Tidhar’s The Bookman, the reader is presented with a huge mass of detail and left to disentangle it, with references to history and other books helping to give these elements meaning.

I enjoyed all these books, but Mary Robinette Kowal’s approach to exposition was the one I enjoyed the most. It’s tempting for me to say, based on that, that’s she’s better at exposition than the other two. But on reflection, I don’t think that’s the case.

I think it’s a matter of the writer’s style and the reader’s taste.

The Reader and the Book

I’m not going to argue that all books are equal. Even within different styles, some authors are far better than others, and Elliott, Kowal and Tidhar are all excellent at what they do. But the enjoyment of a book doesn’t just lie in the skill of the writer – it lies in a relationship with the reader, and in what they want.

I like my exposition subtle. I’ve been trained that way through years of genre reading, among other influences. Some others like to have things clearly laid out for them – it’s more accessible. For me, a big chunk of explanation disrupts reading. For others, a small reference that isn’t explained straight away, and that for me builds the world, will throw them out of the story because it doesn’t make sense.

I can also be put off by books trying too hard to prove that they’re smart. I love to see a few references to other texts or events – an appearance by a disguised Sherlock Holmes, a real political upheaval. But when the book is reliant on those references for its meaning, when they come thick and fast as in The Bookman or Umberto Eco’s The Prague Cemetery, it gets in the way of my reading. The thick mass of references others like to untangle leaves me wishing that the story had more to stand on in its own right. I feel like the writer’s showing off rather than entertaining me, but that’s probably not a fair assessment – they’re entertaining people with those dense layers of reference, those people just aren’t me.

So what, I hear you cry?

So then, as readers, we should be cautious about saying that a piece of exposition is bad, and instead ask whether it does what it aims for well, and whether that’s to our tastes. And as writers, we need to think about what style of exposition will suit our books, our readers and ourselves.

Because, like so much in life, this isn’t about good or bad, right or wrong. It’s about the rich variety of human tastes, and that’s awesome.

The Bookman is the first book I’ve read by Lavie Tidhar, who’s developing quite a name for  smart and varied genre fiction. An idea-packed and often exciting steampunk novel, I enjoyed it both in its own right and because of how it got me reflecting on the nature of the genre.

The Bookman is the story of Orphan, a young man living in a version of 19th century London where the British Empire is ruled by lizards, the streets are full of literary and historical figures, and there are conspiracies lurking in every shadow. As the book unfolds, Orphan is drawn deeper and deeper into a tangle of plots and schemes, which lead to revelations about the world he lives in, and about himself.

As I discussed in a previous post, this book is densely packed with ideas and imagery, so much so that it can feel like it’s trying too hard to be smart, especially in the early chapters. But this density of ideas is one of its great joys – it makes for a fascinating and varied setting.

Once the story gets past its first act it’s also pretty exciting. A departure from London leads to exotic locations and action adventure elements that I really hadn’t expected. It becomes an exciting book that’s also smart, not just a smart book being smart. And that makes it a whole lot more fun to read.

Reflecting on the Genre

At the end, I found myself wondering about the elements that had been thrown together in this story. Mrs Beaton, Karl Marx, Sherlock Holmes and an automaton of Lord Byron all exist together in Orphan’s world. There are lizards, robots, giant mushrooms, pirates, the list goes on. Jules Verne shares a journey with one of his own characters. In a very real way, it makes no sense.

But isn’t that part of the joy of steampunk as a genre? When we read fantasy we’re often imagining other worlds that could exist out there, unrelated to our own. When we read science fiction we’re imagining possible futures. But with steampunk we take elements of history, old literature and modern imagination and cram them together in a way that we know makes no sense. We can’t believe even for a moment that Marx and Holmes ate at the same restaurant, because we know that one of them is real and the other isn’t.

Steampunk isn’t about what could be. It’s a never-land whose success depends not on the plausibility of concepts, but on successful execution. And Tidhar has executed a smart book that’s often exciting and always intriguing. If you can get through those dense early chapters you’ll be well rewarded by what follows.

Just don’t worry too much about what sort of sense it makes.