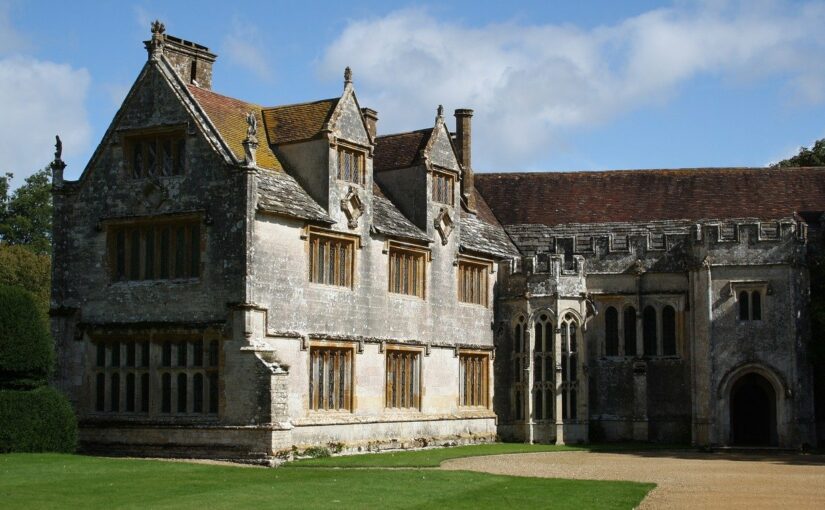 Liza wandered awe-struck through Lady Sarah’s house. It was more like a palace than a house, with a dozen rooms at least, most with their own fireplaces, fancy carved furniture and rugs on the walls. There was even glass in the windows, though not in the kitchen where Liza’s mother was talking with the steward. Glass was only for the richest people.

Liza walked quietly. She wasn’t meant to leave the servants’ rooms, but she couldn’t resist coming to see the glass, like squares of perfectly clear ice, rows of them filling each window.

She walked through a doorway and saw a man in a black dress standing by a fireplace, talking with Lady Sarah. There was a hole in the wall behind him, where a wood panel normally stood.

“Hello, who are you?” the man said, crouching to look at Liza.

“Oh God, the brewer’s daughter.” Lady Sarah’s hand darted across her chest like she was sewing four giant stitches. “What’s she doing here?”

“It’s alright.” The man smiled at Liza, and she almost believed that he was happy to see her. “Whoever welcomes one of these little children in my name welcomes me.”

“But the family aren’t—”

“I’m Liza.” She finally remembered to curtsy. Doing that felt fun. “Or Elizabeth.”

Liza smiled. The Queen’s house must be a lot like this one.

“What do we do now, Father?” Lady Sarah’s voice trembled. “If Topcliffe questions the girl we’re all undone.”

“We will carry on with our game,” the man said. “That’s what we’re doing here, Liza, playing a game. I’m hiding from some friends, who are looking all over the country for me. You wouldn’t spoil the game by telling them where I am, would you?”

“Not even if they ask very nicely?”

“Or if they ask very meanly?” He scowled comically.

Liza laughed. The man was far friendlier than Lady Sarah, who stared at her like a dog that might bite.

“Then I think we will be alright. God would not send an innocent to do the devil’s work.” The man walked into the hole in the wall, then turned and waved. “Goodbye, Liza.”

The wood panel swung into place and the hole was gone. Liza curtsied, then ran away before Lady Sarah could tell her off.

Liza was in the kitchen of the big house, watching her mother argue money with Lady Sarah’s steward, when men burst in with muskets, clubs, and swords. The fiercest of them wore armour on his chest and a fancy hat with a feather.

Liza’s mother pulled her close, holding on so tight that her fingers dug into Liza’s shoulder. The steward spluttered, but was silenced by a slap from the armoured man. Liza buried her face in her mother’s skirts, wishing that the men would go away.

“Spread out,” the armoured man said. “Search every nook and cranny. I’m not letting that damnable priest slip through my fingers again.”

“This is an outrage,” the steward said.

Liza opened her eyes a crack. Two men had the steward pinned against the wall, but the armoured man was looking at Liza’s mother, and that made her really scared.

“Where’s the priest?” he asked.

“I’m here on business,” her mother said. “We’re good Protestant folk, and I don’t know anything about a priest.”

“If you’re such a good Protestant, what are you doing in this den of papists?”

“Their money’s as good as anyone’s.”

“Good for buying silence, I’d wager.” The man’s eyes narrowed as he stepped closer, then looked down at Liza. “I bet you see things, don’t you, child?”

Liza tried to curtsy, but her legs wobbled and she almost fell. The man laughed.

“Do you know what a Catholic is?” he asked.

Liza remembered the church bells ringing the year before, and people telling stories about Spaniards, ships, and storms. The Catholics in those stories were terrible foreigners coming to kill the Queen.

“That’s right. And one of them is hiding in this house. Have you seen him?”

That didn’t make sense. The man she had seen was friendly. He couldn’t be one of these Catholic devils. And besides, he had asked her not to tell.

She shook her head.

“Have you seen anything strange here?” The man took hold of her mother’s chin and tipped her head from side to side, staring into her eyes. The trembling of her mother’s hand passed into Liza’s shoulder. “Remember, bad things can happen when you lie.”

Liza didn’t want to tell the angry man about the friendly man. She had promised that she wouldn’t even if he asked meanly. But she had never seen her mother scared before, and that made her more frightened than she had ever been.

“There’s a man in the wall,” she whispered.

Liza watched through a veil of tears as the men smashed the wood panel with axes. The friendly man didn’t look scared as they dragged him out, not like Liza’s mother or Lady Sarah or any of Lady Sarah’s friends, who stood by one wall, swords pointing at them.

The man in armour had a terrible smile.

Lady Sarah stared furiously at Liza, but when the friendly man saw her, he only nodded and smiled a smile that didn’t quite reach his eyes.

“Don’t be,” the friendly man said. “None of this is your fault. Besides, I’m going to a better place.”

Liza hoped that place was a palace, like the one the Queen lived in. She hoped it had rugs on the wall, carved chairs, and those perfect squares of glass in the windows. She hoped the friendly man would be happy, no matter what a Catholic was.

During the 16th century, attitudes to religion got pretty screwed up in England. Fear and anger led to a brief period when Protestants were oppressed by a Catholic government, then a much longer period when the Catholics were oppressed by Protestants. There were covert religious services, a secret printing press, and a long, deadly game of hide and seek as the authorities hunted down priests sent to England from abroad. Those priests hid in specially built hiding holes in the mansions of sympathetic nobles, only to be tortured and executed if they were caught. Richard Topcliffe, the only real named person in this story, was among the more fervent priest hunters, and by all accounts a nasty piece of work. If you want to learn more, check out God’s Secret Agents, a very readable history of the period by Alice Hogge.