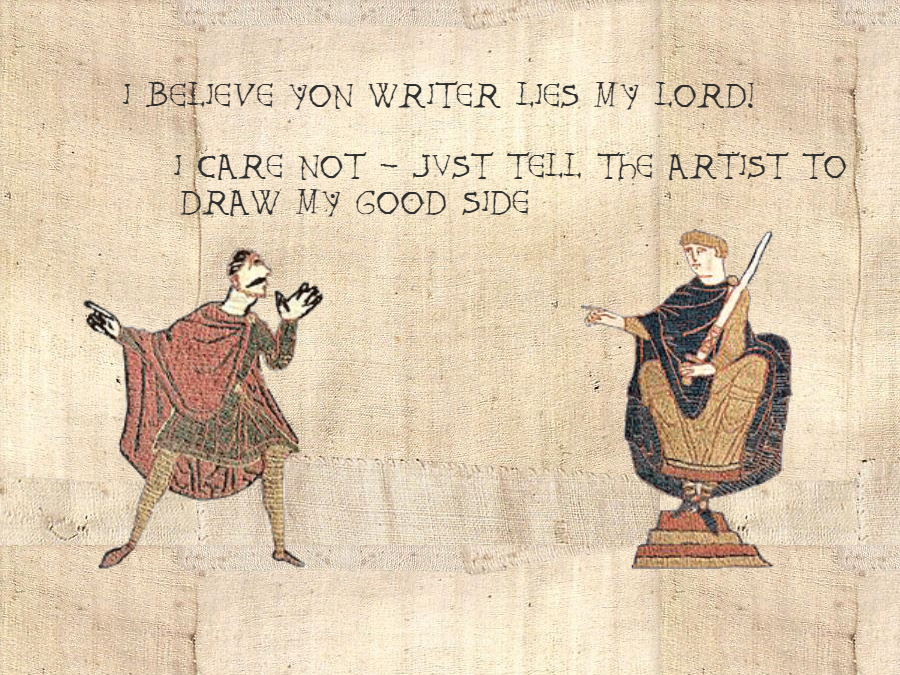 I’ve been working on a comic script for Commando. Unusually for me, it involves real historical figures, not just fictional characters thrust into real events. During the course of the story, several of these real people die in battle. It’s important to the story that those deaths happen, and that’s going to work best if it happens on the page, as dramatic turns in the course of battle scenes.

So far so straightforward.

Here’s the catch – in every case, we don’t know how these people died. We know which battles they died in, but not who killed them or how. One has been the source of much debate, but for the other two, there’s just no evidence of the details.

That creates an opportunity, and with it a dilemma. Because of the uncertainty about these deaths, I could depict one of the characters doing the deed. It would add to the drama, and that’s a large part of what storytelling is about.

But that feels presumptuous to me. One thing I know is that my characters didn’t kill these people, because my characters didn’t exist. If I put the blood on their hands then I’m giving them a weight of historical significance, and I’m not sure they can stand beneath it. Maybe if the story was all about the man who killed such-and-such, then I could do it. But as a passing moment of drama in some other story? It feels like a stretch.

Do I give those deaths more emotional consequence in the story by involving my fictional creations, or do I acknowledge their real significance by keeping my characters out of it? I haven’t decided yet, but as a writer and someone passionate about history, it’s a really interesting question.