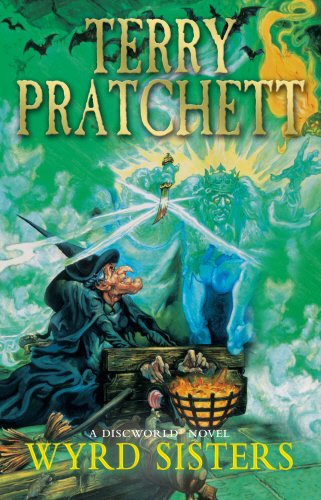 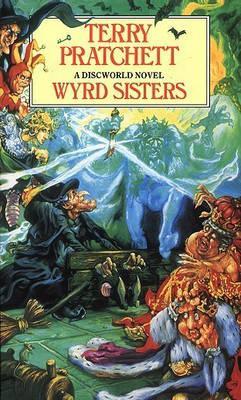 I don’t know if William Shakespeare really is the most influential writer in literary history. As someone who grew up Britain, it feels like it. And within my cultural experience, he’s certainly the writer that others lean on the most, borrowing openly from his work to make connections with an audience.

As both a reader and a writer, I find it interesting to look at two different ways in which creators approach this – by adopting the structure of Shakespeare’s plots, or by dressing up in their trappings.

Hamlet on Motorbikes – Sons of Anarchy

On its surface, the TV show Sons of Anarchy has a very modern plot. Its tale of a biker gang struggling against the unstoppable tide of change, full of drug deals, arms shipments and roaring engines, is as 21st century as you can get. But you don’t have to dig deep to see something older in there.

Especially in its early seasons, Sons of Anarchy was a full-on tribute to Shakespeare’s Hamlet, with a bit of Macbeth thrown in for good measure. The protagonist Jax is the son of the deceased John Teller, founding leader of the Sons of Anarchy motorbike gang, a gang who rule their local community in a thoroughly medieval manner. His mother Gemma is married to the current leader of the gang, who was responsible for John’s death, while John’s diaries fill in the role of Hamlet’s father’s ghost. The Macbeth angle comes from Gemma, egging her husband on to ever darker deeds in the name of ambition.

Using these familiar roles and conflicts gives the show a sense of depth and darkness. Hamlet and Macbeth are both classics for a reason – they presented characters who were deeply troubling and yet deeply convincing. They turned familiar relationships, particularly family relationship, on their head. This is unsettling and yet fascinating to watch. How will Hamlet/Jax tackle the contradiction between familial love and a quest for vengeance? Will Lady Macbeth/Gemma ever face the consequences of her own ruinous actions?

Sons of Anarchy borrows its structure from Shakespeare, and makes some open nods to that source, but it doesn’t wear the outward trappings of the bard’s plays. For that, we can look at a very different story.

Wyrd Sisters was one of Pratchett’s early Discworld books – not the first few unrefined works, but the ones where he was getting into his stride as a humourist, a humanist and a storyteller. It’s the story of three witches – Granny Weatherwax, Nanny Ogg and Magrat Garlick – as they come into conflict with a king who has, Macbeth-style, murdered his predecessor to take the throne. Where Sons of Anarchy is dark and brooding, Wyrd Sisters is funny and often light-hearted, though with a serious sense of justice at its core.

Again, the two main Shakespearean influences on display are Hamlet and Macbeth. We get the royal usurpers, one of whom can’t get the blood from his hands; the victim’s ghost seeking justice, as in both plays; the witches of Macbeth‘s most-quoted scene; the use of a play to bring out the truth as in Hamlet; and many more little references. But the underlying plot twists and inverts Shakespeare rather than following his beats. The references are there to provide humour rather than depth, and to let Pratchett make a point about who we see as heroes.

These different ways of borrowing from Shakespeare clearly have different uses. The Sons of Anarchy approach works whether or not your audience know the plays. In fact not knowing them may help – a friend of mine was put off by the show’s knowing winks toward its sources. While Wyrd Sisters works as a story whether or not you know your Shakespeare, the references to the bard have no value if you don’t. They are jokes about Shakespeare, rather than a drama told using his tools.

So if you’re thinking of using Shakespeare in your writing, which approach will work best? That depends on what effect you’re after.

Borrowing the trappings Pratchett-style lets you share jokes with readers who know Shakespeare – which is probably most readers, to some extent at least. It creates a bond between you and those readers, lets them feel smart for being in on the jokes, but can disruptive immersion in the story by reminding you that it is a story in a long line of stories. It works best for humour.

Borrowing the plot Sons of Anarchy-style lets you borrow the darkness that oozes from Shakespeare’s dramatic works. It can help to create something thoroughly immersive, though it creates a risk that the audience will realise the connection partway through, again disrupting the experience.

Borrowing from any source has its uses and its risks. But when the source is as good as Shakespeare, his popularity adds to the potential for triumph or disaster.

Do you have any opinions on who has borrowed well or badly from Shakespeare, or from other sources? Have you tried it in your own writing? Share your thoughts in the comments.