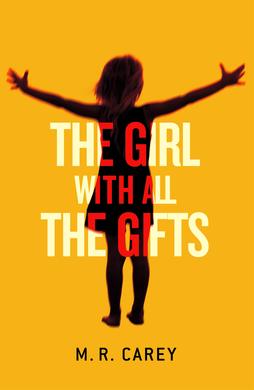 Story is about character. Even when it’s also about zombies or dragons or the emergence of the internet, a good story will keep characters at its core. We come for the novelty but we stick around for the people.

As writers including Film Crit Hulk have pointed out, what makes a truly compelling character is their internal conflict. The divide between what they want and what they need can drive an arc that leaves us yearning to see how it will all end.

This is particularly clear in M R Carey’s The Girl With All the Gifts, a story about scientists and soldiers surviving in the aftermath of a zombie plague. When circumstances force a small group together on the run, there are obvious conflicts between them and with their environment. But it’s the conflicts within that make the characters so engaging.

The wants are carefully shown in the earlier parts of the story. Melanie, a ten-year-old girl infected with the zombifying spores, wants to be loved. Helen Justineau, Melanie’s teacher, wants to protect the children in her care, despite their apparently monstrous nature. Caroline Caldwell, a research scientist, wants to understand the cause of the disease. Sergeant Parks, the commander of their research base, wants to maintain order in a disintegrating world. Kieran Gallagher, a young soldier under Gallagher’s command, wants to please the people around him.

As the story progresses, each character reveals a deeper need, related to and often in conflict with their desire. Melanie, too bright and wilful for a life of captivity, needs to find a place of purpose in the world. Justineau needs forgiveness and acceptance. Caldwell needs to feel heard and recognised for her work. Parks needs to see the limits of his world view. Gallagher needs to escape the traumas of his past.

These needs become the driving engine behind the story, placing the characters in conflict with each other and with themselves. Gallagher, the least prominent of the five, has one of the arcs that moved me most, exactly because of those internal divisions. His past has left him desperate to please but incapable of doing it. As the pressure mounts, traumas he’s never admitted to other people tighten the screw in his mind. We face the awful question of whether he can even look after himself, never mind the people around him.

In this story, the characters’ divisions also become symbolic of a bigger issue. With the future looking increasingly bleak, what humanity wants and what it needs may not be in line. The revelation of that terrible division becomes the climax of the book, an arc as satisfying as those of the individual characters.

When a real person finds themselves divided, the best port of call is a counsellor. When a fictional character feels strong divisions, it’s time for a publisher. The Girl With All the Gifts is a great example of why these stories work and why, even in the apoclypse, character is so important. 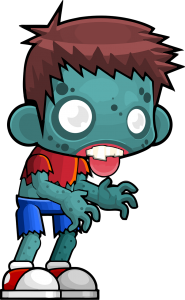 The thermostat in the quarantine room was broken, telling Dan that it was at room temperature when he could feel himself breaking out in a sweat. He’d already shrugged off the spacesuit and sat on a metal cot in shorts and a t-shirt, waiting for someone to tell him what was wrong.

At last Jean appeared at the observation window, looking every inch the doctor in her white coat, a coffee mug in her hand.

“Hey Dan.” Her voice was crackly through the intercom. “Sorry about this.”

“Oh yes.” She looked away, stiff with tension, sweat beading her brow. “That’s the problem. They came back with some kind of superbug. Not the first time a virus has got stronger in space, but it’s the first time we’ve seen it change so much. We’re fighting to contain it, and there’s a risk you were infected, so…”

“So here I am.” It made sense, Dan had to accept that. “How long will it be? No-one’s even brought me food yet.”

The mug exploded in her hand as she let out a cry of pain.

“Hungry.” She looked at Dan with bloodshot eyes. “So very hungry.”

Hand pressed against the glass, looking at him with a strange longing, and then slid to the ground.

“Jean?” Fear knotted Dan’s stomach with its own pain. “Jeany, are you alright?”

There was no answer.

But there was no answer. The quarantine room was sound proof, and without someone standing outside the intercom would have switched off.

Jean needed his help. And he needed to see that she was OK, to hold her, to feel her warm flesh. The tension of the moment was muddling his thoughts, but he could find a way out.

He flung himself against the window and then the door, trying to break through, all the while shouting for help. But there was no response, and the door and window held.

A technician appeared on the other side of the glass.

“Thank God!” Dan’s relief turned sour as he saw that this man too was hunched over in pain, his grey overalls drenched with sweat. He stumbled to where Jean lay, then crumpled over over beside her.

“Dammit!” Dan was scared for himself as well as Jean. What if everyone in the base was infected? Would he be forgotten, left to starve in the quarantine cell, while Jean died inches away from him? His heart was pounding, his whole body quivering with tension.

Desperate, he looked around for something he could use, but there was only a toilet and the cot bolted down in the corner of the room.

The cot would have to do. He grabbed the aluminium bedframe, cold and hard beneath his hands. He’d expected it to be attached securely to the floor, but it came up surprisingly easily, metal screaming and screws popping as he wrenched it free. Then he ran at the window and swung the frame with all his strength, ready to batter the reinforced glass into submission.

It shattered with one single, explosive blow.

Leaping through the gap, he saw Jean and the technician on the floor. He could even smell them, an unexpected moment after so long alone.

The technician hadn’t collapsed as Dan had thought. The man was crouched beside Jean, blood on his lips as he chewed her arm.

In a rage, Dan grabbed the man and flung him aside. He hit the wall so hard that his head smashed open. The scent of blood was overpowering. Blood and something else.

Was that brains? Could Dan really smell brains?

He looked down at Jean, faintly aware that she needed help. But he was hungry, painfully hungry, a sensation he couldn’t even resist.

And the technician’s brains smelled so very good.

This story was inspired by an episode of PBS Space Time, which was just too good a concept not to use.

If you liked this story then please share it. And you can read more of my science fiction in my anthology Lies We Will Tell Ourselves, available as an ebook through Amazon.