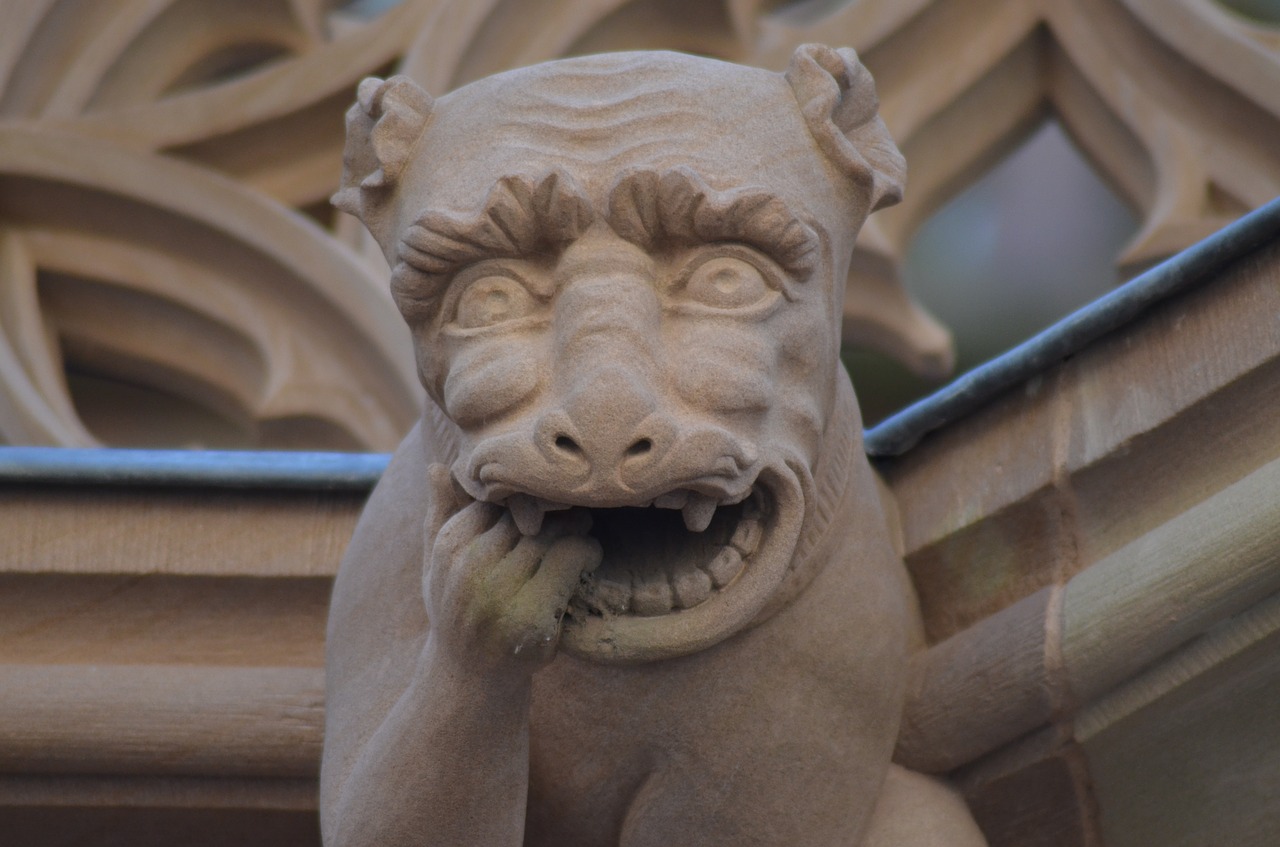 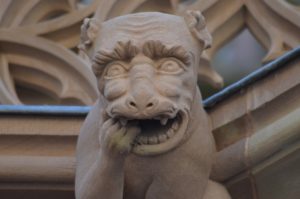 The hammer fell from John’s hand and clattered on the floor. Around him, the tapping of chisels stopped as the younger masons turned to see what had happened. The flash of his angry gaze was enough to send them all back to their work. Nobody wanted to risk the wrath of the master.

John stepped away from the half-carved gargoyle and walked out from under the awning, rubbing at his hand as he went. Father Cuthbert, whose church this would be, stood outside watching him.

“Fine, fine.” John tried to ignore the pain in his fingers, but it grew harder with each passing month.

“I hear that you’re having a little trouble with the carving.”

John scowled. Who had told the meddling priest?

“I hear you rest a lot recently.”

“Hm.” Cuthbert gestured towards the half-built church. The labourers had stripped off their tunics and were working bare-chested in the summer sunshine. “It’s a fine thing that you’re part of here.”

“It is indeed.” John smiled. “This is the twelfth church I’ve been part of. Every year of my adult life, dedicated to the glory of God.”

“And what will you do when you can’t carve any more?”

John clenched his fist, bringing back the pain. Without a tool between them, there was no hiding that his fingers wouldn’t close as they should.

“There is no life for me without carving.”

“That is a shame. I had hoped that God might still have use for you, but God demands our best, and, well…”

John swallowed, fighting back a growing dread. He had been a mason since Master Thomas first took him in. All he had ever known was carving.

Well, that and overseeing the others.

A bright thought burst through the clouds in his mind, like the sun shining down on the church.

“I know how the parts fit together,” he said. “Perhaps I could supervise construction. Just while I rest my hand.”

“That is a fine idea,” he said. “Just while you rest your hand. Perhaps you could start by finding someone to finish that gargoyle?”

John walked back under the awning and looked around. A journeyman carver caught his eye.

“You, come over here. There’s work to be finished.”

As the tapping of chisels resumed, John stepped back outside into the sunshine. He unclenched his hand and let the pain fade away.