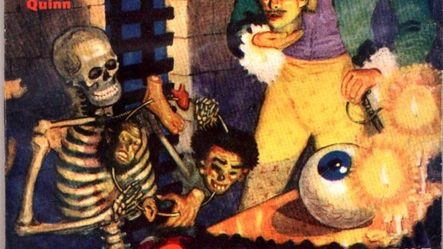 This is a story about stories, and about finding joy in unexpected places.

Back in the early 20th century, short stories were a big deal. Magazines full of them were sold on newsstands. They were the rich soil in which the careers of genre stalwarts and literary greats grew.

But as time passed, that vast forest of short stories receded. Magazines fell like so many autumn leaves. Readers were more interested in novels, even series, losing themselves in a single narrative for hours on end. It had become easier to afford lots of novels, and that’s what sold.

The arrival of the internet kept the dwindling remains of the short story forests alive, as they found new ways to reach their audiences. A few venerable institutions kept going while exotic new ones rose to join them, but short stories were still contained within limited habitats, loved and nurtured by the few people who knew about them but not widely considered.

Now they’re reaching out, planting seeds in unfamiliar soil. A few weeks ago, in the Eurostar terminal in Paris, I watched two people install a machine that dispenses short stories. My friends and I got the first stories from the machine. Soon, others were coming over, curious to press the button and see what narrative emerged. For a few minutes at a time, they were transported to other worlds and other lives, getting to feel the thrill a good story can bring.

These were flash fiction, tiny stories for people accustomed to the quick fix of social media. There was a new interest in brevity and the stories were making the most of it, putting down narrative roots in human brains. Maybe such machines will bring a whole new revival in interest in short fiction. Maybe they won’t. But if they bring a few more readers joy, and if they keep that once great forest of stories alive just a little longer, then they’re going to be worth it.

And hey, if you’d like to try more short stories yourself, you can get a new one into your inbox every week by signing up to my mailing list.