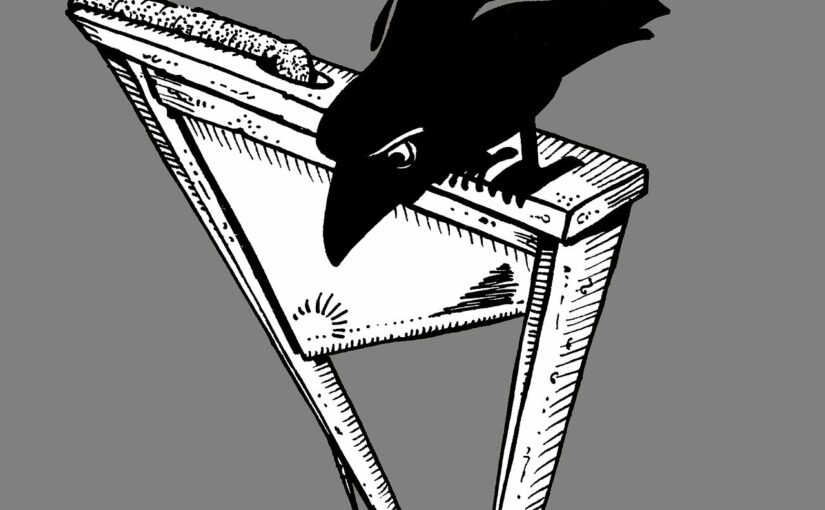 Isabelle froze, her hand on the kitchen door frame, her heart hammering in her chest. She had heard it again, the wet thud of the guillotine blade slicing through a neck to the block below. A sound from a hundred miles away, and from her nightmares.

The sound repeated, not the guillotine but Henri chopping meat, his cleaver slicing through a leg of pork. He was a terrible butcher, but madam had only been able to bring two of her staff when she left Paris. Isabelle and Henri had to make do.

He looked up at her, and there was a gleam in his eye. The cleaver glinted as he waved for her to come close. He smelled sour, sweaty, old ale oozing from his pores.

“There’s a rumour in the valley,” he whispered. “The committee have decided that it’s time for her to pay for her crimes, like monsieur did.”

He pointed at the ceiling. Somewhere above them, madam was waking the children, ready for the tutor they brought in once a week.

Henri shrugged. “She threw wild parties while the people starved. Sounds bad to me.”

“Then why are you here?”

The cleaver hit the meat, with more force this time. In Paris, Henri had been the senior servant of a powerful household, a figure of prestige. Then the world had turned. Now he chopped logs and swept chimneys. Isabelle had seen the same change, and she didn’t have his bitter tone.

“They reached the village last night,” he said, returning to the news of the day. “Pierre says they’ll be coming up today, soldiers and officials, ready to take her.”

“What about the children?”

“What do you think?” He waved the cleaver. “Can’t have the kiddies coming back for revenge. The republic is at stake.”

Isabelle ran from the room, a hand over her mouth, trying not to throw up.

“That’s right,” Henri called after her. “Go have another cry. That’ll bring back what we had.”

But those poor children…

Isabelle ascended the stairs. Every footstep sounded like the thud of the guillotine blade.

She couldn’t linger. Henri might assume that as a servant he was safe, but the mob didn’t think like that. If they were coming, then she needed to be gone.

She stopped at the top of the stairs. Her room was to the right, with the bag she left packed every night and the few coins she had stowed away for a moment like this. From her left came childish laughter. In her mind, soldiers marched up the hill, their hats decorated with the tricolor cockade. All she had to do was grab her bag and run.

Instead, she turned left.

A riding crop hung on the wall of the children’s room, a memento of their father. Isabelle remembered its sharp lash across her back. Madam sat in an armchair beneath it. She had watched those beatings without comment, without tears, without the least sign that she saw Isabelle as human. Sometimes the sound of the riding crop came from her own chambers, when monsieur came back drunk and raging at the world. Like Isabelle, madam never cried out.

“Isabelle!” The children grabbed her legs. “Play with us.”

“What are you talking about?” madam snapped. “You can fetch that lazy tutor by yourself.”

“Men are coming. Men from Paris.”

“Madam, they are the law now.”

“You know how little that means to angry men.”

“We’re not ready, I’ve packed nothing, we haven’t—”

“Madam!” Isabelle was shocked to hear herself shouting across her mistress. Madam looked even more stunned, but there was no time to decide who they were to each other now. “None of that matters. By nightfall, you will have your life, or you will have nothing. Now come.”

They each picked up one of the children, who clung to them, confused and scared. In a rustle of skirts, they ran across to Isabelle’s room. She snatched her bag from beside the door and dashed on down the stairs, madam following her. Out the front door and around to the coach house, where she had hitched up the horses ready to fetch the tutor, minutes before her world fell apart. Isabelle scoured the hillside below, but there was no sign of the mob.

As they bundled the children into the coach, Henri ran out of the house, a cleaver in one hand.

“What are you doing, idiot girl?” he shouted.

Isabelle helped madam into the coach, closed the door, and went to the front. Two years ago, she hadn’t even known how to drive a coach. How the world turned.

“I said what are you doing? Look at me!”

Henri grabbed Isabelle’s shoulder, and a shudder of fear ran through her. The riding crop. The guillotine. The cleaver in his hand. The brute moment from which she must always flinch. This had been her life for as long as she remembered.

The world turned. Isabelle spun around. It was the first punch she had ever thrown, and it caught Henri by surprise. He staggered and the cleaver slid from his hand.

Isabelle climbed into the coachman’s seat and took the reins.

Something glinted down the hillside, perhaps just light catching the river, perhaps the tip of a bayonet, gleaming like the guillotine blade.

“She doesn’t deserve this.” Henri pointed at madam. “She’s a vicious parasite, as bad as him.”

Isabelle flicked the reins, the horses whinnied, and the carriage rolled away.