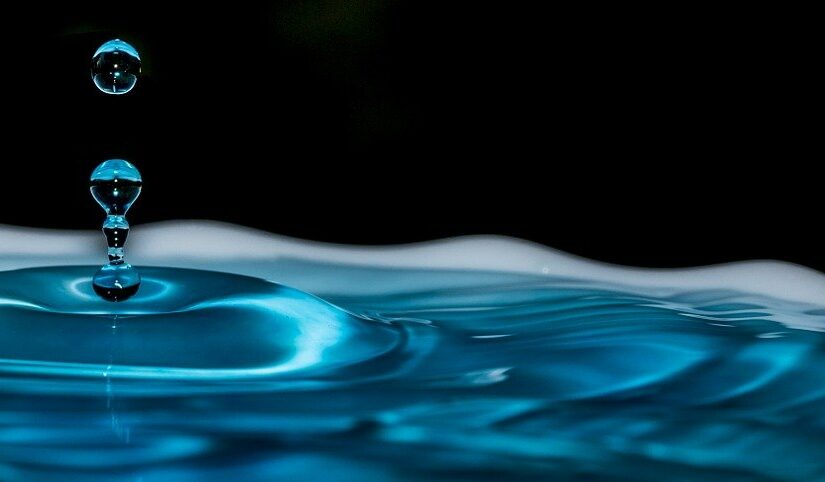 The ground fell away and I fell up, conflicting gravities hurling me in unnatural directions, twisting my spine until I screamed. I scrabbled at the wall of the laboratory, trying to cling to solidity, and instead grabbed a single loose stone. To my left, Victor gasped as his body expanded, contracted, expanded again. He opened his mouth, and the sound tore the world in two. Where he had stood there was a gap in reality, and I fell straight through.

Then it was three days earlier and the lake lapped at my ankles as I tossed a stone up and down. I pushed aside the nameless dread dragging at my mind and flung the stone. Ripples slid across the still water. Here, half a mile above the accelerator, birds sang and the sun shone on the trees.

Another stone, flung by Victor this time. Its ripples intersected with mine in the lake, made taller peaks and deeper troughs, a complex and compelling pattern.

“That’s the purpose, you see,” he said, flinging another stone. “Not to see what rules a new big bang gives its universe, but to watch how they intersect with our own physics, to find out the meta-rules.”

A ripple in those rules scooped me up and forward in time. I’d grabbed a wrench and slammed it into the accelerator’s control panel. Shards of glass flew, only to be swallowed by a darkness inside the machine. That darkness was distorting the world around it, ripping panels from the walls, sucking in air, bending light and sound and turning one into the other. It tugged at me.

“Where to?” My voice soared and plummeted through the reality wave. “You think anywhere is safe?”

The wrench melted like ice in an inferno, then became a wall of screeching sound, and I tumbled through a gap in time.

I was back by the lake, in my lab coat, watching the sun rise. A gentle breeze stirred the water and ripples ran all the way to the shore. They caught a fly buzzing too close to the surface, swallowed it whole.

“Come on, Frank,” Victor called from the entrance to the facility. “We’re going to fire her up.”

“Are you sure that’s a good idea?” I asked. There was a stone in my hand, but I didn’t remember picking it up. My back ached and I didn’t know why, though I was sure there was something to remember.

“It’s going to change our understanding of the world. Of course it’s good. Now come on…”

Another ripple. They were coming quicker, shorter, closing in on a single moment.

In the lab, the machines had started, lights blinking and motors humming. Victor’s triumphant smile faltered as the console shook.

“This isn’t meant to happen.” He stared at the black orb spinning in the centre of the accelerator. “The energy field should hold it in.”

“The energy field only works as long as the law of physics do,” I said. “We have to shut it down.”

“I tried.” Victor flipped a switch back and forth. “Frank, I think I fucked this up.”

The orb pulsed. Our broken reality tossed me back.

I was in the corridor, following Victor to the accelerator. Dread closed around my heart like cold fingers around a stone.

“Please, Victor,” I said.  “I have a bad feeling about this. We should wait until another day, run through the theory again, work out what we might see.”

“Why run the theory when we can see the reality?” Victor flung a door open, shaking the frame. “Science is based on observation, Frank, and we need something to observe.”

The ripples were closer now, so close I could see over them to the looming disaster. There was a stone in my hand that I hadn’t picked up.

I grabbed Victor, but he shook me off and flipped a switch. The accelerator hummed into life.

“This is it!” He grinned in triumph.

I flung the stone, aiming straight at the glass. Victor caught it out of the air.

“Calm down,” he said. “Everything will be fine.”

Forward a fistful of seconds, to his first look of doubt.

Then back to this moment, as he dropped the stone and shook his head.

“You’re such a drama queen.”

“You don’t understand.” I squeezed something cold and hard in my hand. “Once you throw a stone, you can’t take the ripples back.”

“Good. I want to change the world.” Victor looked through the glass as a pinprick black point began to expand. “This isn’t what I was expecting. What do you think it means?”