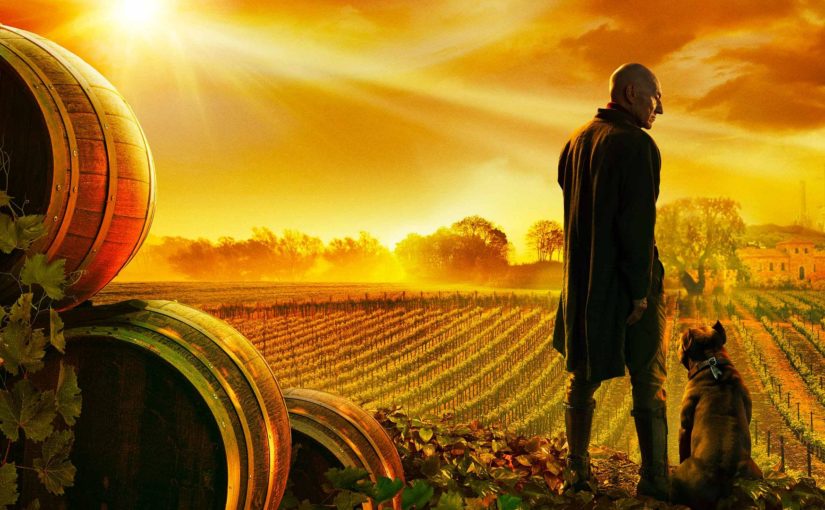 With Discovery now two seasons in and Captain Picard about to return to our screens, Star Trek is having a big TV revival. But is it doing what Trek does best?

Let’s get this out of the way first – I am totally on board with these shows. Discovery‘s diverse cast and bold storytelling are things of joy. The idea of seeing an aging Picard back in action makes my heart swell.

But the tone of Discovery, and by the look of its trailer Picard too, is very different from what Trek was. Both in the visuals and in the storytelling, things are darker, more ambiguous, less hopeful. There’s an emphasis on long-term storytelling that’s at odds with the original episodic format.

This isn’t surprising. Sci-fi TV saw a significant shake-up in the wake of the Battlestar Galactica reboot, which took existing trends and expanded on them to create a gritty show with squabbling crewmates and deep, troubled characters. Much of what’s followed has tried to recapture that, and it’s led to some great TV.

But this isn’t what Star Trek was about. It was a show in which the crew fundamentally got on, in which the right decision could be made, in which the universe was a hopeful place. And it looked like it. Even Deep Space Nine, the darkest of shows from the second wave, kept that underlying tone and built its ongoing plots on the solid foundation of episodic storytelling.

The new shows have content and continuity carried over from before, but they don’t have that tone. The universe is a shadowy place, visually and morally. In Discovery, episodic storytelling takes second place to ongoing arcs, squeezed into the corners of even the most stand-alone episodes. There’s every reason to expect the same from Picard.

That doesn’t mean that it’s bad sci-fi. Far from it, there are some great stories here. But there was a Star Trek shaped gap in our viewing schedules, a place for hope and brightness in contrast with the post-BSG shows. Star Trek could have brought that and it didn’t. For better or for worse, it’s a very different beast now.