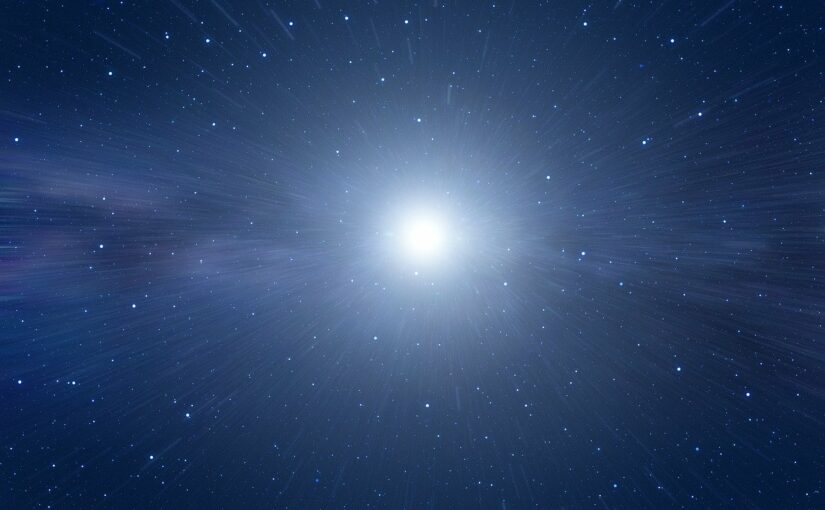 Selene swam through the darkness of space, a single figure in a skin tight space suit surrounded by an energy bubble broad enough to catch the solar wind. She had been out here for three hours, far from the transport ship and the other surfers, coasting on the intermittent waves washing out from the sun. Today was a good day to surf the winds, but Selene didn’t want good. She wanted transcendent. She wanted an experience to make her forget everything else.

She toggled her coms and caught a brief burst of static, background noise from the same streams of energy she had been hoping to ride.

“Anyone think the currents seem funky today?” she asked.

If Matt had been there, he would have chided her for using words like “current”. The solar winds didn’t work like Earth winds or the waves in the ocean, he would say. Those were dumb metaphors that hid a more amazing truth. But Matt had burst his bubble riding a wave out near Venus, and only been found after his oxygen ran out. He had left her with nothing but tears, and she was damned if she’d let him shape her words now.

“Some odd swells, but nothing I can’t handle,” said one of the others — Tad or Tod or some name like that. She hadn’t clicked with anyone since Matt, and wasn’t going to bother learning their life stories. They would be gone in another year, or she would, so why bother? Only the sun stayed the same.

She left the coms open, letting the static of the solar wind crackle in her ears. Matt had said it was like music, that he could hear patterns and sense waves coming in those bursts of noise. Selene had never been able to hear what he did, but that sound left her feeling like he might still be out there.

Her energy bubble shifted, carrying her with it, as a fresh wave of pressure hit. She whooped out loud, losing herself in the moment, and flung out her hands, flattening the bubble to catch the wave. The energy field strained under the growing pressure and she picked up speed, hurtling through the void. This was what she still had: a thrill that was bright but fleeting.

The pressure wave passed and Selene’s bubble slowed down. She rearranged it for stability while she waited for the next wave, and listened to the sound of the wind, of particles colliding with her speaker system.

The sound seemed to emerge from the static, as much noise as word. The voice wasn’t anyone Selene had come out here with, and none of them seemed to be on coms. It must be a chance thing, like seeing a face in a cloud, or perhaps a figment of her imagination.

Another wave hit. Selene stretched her bubble further this time, letting the solar wind carry her faster and further, reaching for a personal best.

“Selene, you okay?” That was the voice of Etsuko, who had arranged today’s trip. “Your bubble looks a little out of control.”

Of course Etsuko had asked, she was responsible, but it wasn’t like she really cared. Selene barely knew the woman, they just happened to be riding life’s current together. That was all the world held now, strangers and the sun.

Again, a rustling force seemed to emerge from the static “…funky…today…”

Selene blinked away tears. Was this what she had come to, searching for voices in the void because it was better than accepting that she was alone, better than living in a world where Matt’s voice was gone?

Another wave hit, more powerful than before. Selene howled in excitement, embracing the rush of movement that blasted away her sorrow. She stretched her bubble so wide and flat that her toes almost protruded from the back, and let the wave shoot her forward like a dolphin darting through the ocean.

A warning light flashed in the visor of her suit. The bubble was taking more pressure than it could stand. But she kept going, leaning into the wave, holding back the grief and the loneliness just a moment longer.

Her speaker crackled and sounds emerged from the static once more, not her voice or that of anyone she knew, a sound that was barely human, but still familiar words. “…anyone think the currents seem funky today…”

Selene twisted in her straining bubble and stared at the sun. How were her words coming back to her from there, carried on the currents of the universe? Was Matt reaching for her from beyond death? Was the sun itself speaking?

The words looped, coming around again as real as she was, no figment of her imagination but someone, something, trying to connect.

The red light flashed faster as her bubble approached its breaking point. Was this the moment to go out, to ride a wave to the end just like Matt? To leave behind whoever was reaching out for her, just like he had?

Selene reshaped her bubble. The light flashed down through amber to green and then winked out as her speed slowed. The words were gone, but she turned up the volume on her coms, straining to make out any sound amid the static.

“Hello?” she called out to a channel no one was listening on. “Is anyone out there?”

For several minutes, there was nothing but noise. Then an inhuman voice rose from the sea of static.

If you’ve enjoyed this story, then you can read more like it in my new collection. One Cog Dreaming collects all 52 of last year’s flash stories in one place for easy reading. There’s a shipwrecked sailor in a land of talking animals, a steampunk rebel in a city with only one rhythm, a spaceship hurtling towards disaster, and much more. A year’s worth of stories at your fingertips – what’s not to love?