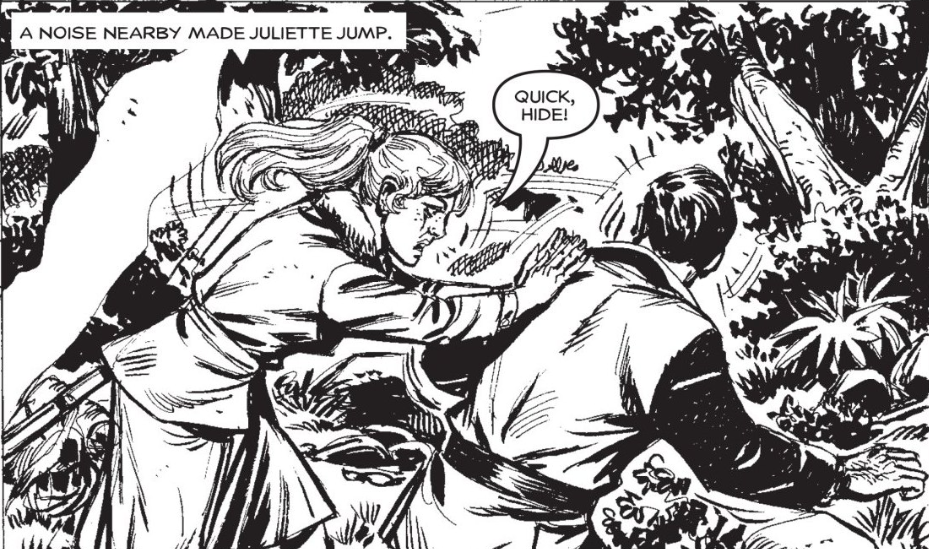 My latest issue of Commando, Walking the Line, is currently out in newsagents and electronically via Comixology. It’s the story of Alan Freeman, a British pilot shot down over France during the Second World War. Saved from capture by members of the local resistance, Alan sets out on a journey across an occupied country. All he wants is to get home and impress his ex-fiancee with tales of his adventures. But the Nazis on his tail have very different ideas.

A lot of this story is inspired by real people and events, so here’s a brief guide to some of the reality behind the fiction…

The French Resistance have become such a fixture of World War Two fiction, it’s easy to take them for granted, especially if you’ve seen them played for comedy in ‘Allo ‘Allo. 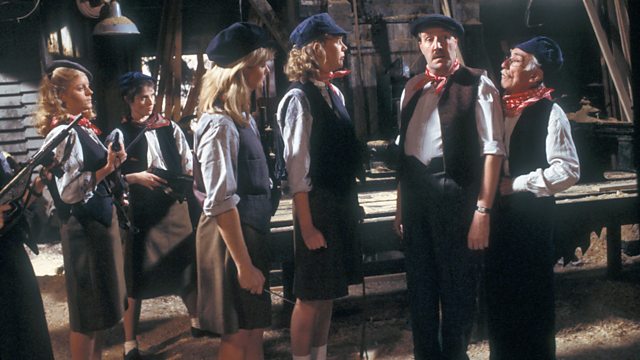 But holy crap, these people were impressive. Their country had just suffered one of the most shocking defeats in history. A murderous regime had taken charge. You could be tortured and killed just for speaking your mind against the authorities. And here they were, taking up arms to actively resist the Nazis. That takes incredible courage and fortitude.

For the next four years, they worked in secret, their lives in constant danger. They saw friends and family disappear into concentration camps, but they kept going.

As the war went on, the Resistance grew. By June 1944, hundreds of thousands of French citizens were ready for action. Their sabotage efforts, together with Allied bombing, knocked out most of the rail networks and rolling stock in northern France. Armed only with what they could hide beneath the floorboards, they kept German tank divisions from reaching the front on D-Day.

They kept the hope of freedom alive and then helped turn it into reality.

Though Walking the Line follows Alan’s journey through France, he’s not the one who drives the story forward. That falls to Juliette, the leader of the escape line, who literally keeps pushing Alan towards safety.

Escape lines were part of the resistance networks across Europe. They spent their time helping Allied airmen who had been shot down and POWs who had escaped from prison camps. They hid them from the authorities, provided them with disguises and fake papers, and got them back to Britain to rejoin the war.

Juliette is inspired by one of the most impressive leaders of the real-life escape lines, Andrée de Jongh. De Jongh was in her early twenties when the Nazis invaded her native Belgian. Determined not to accept what had happened, she set up one of the most successful escape lines in Europe, the COMET line. COMET helped escapees cross France to neutral Spain, where they could reach freedom via British Gibraltar. She personally crossed the Pyrenees to establish a safe route and contact the British embassy. Eventually arrested by the Germans, she survived incarceration in a concentration camp. 156 of her colleagues, including her father, weren’t so lucky.

De Jongh’s efforts saw hundreds of Allied combatants escape capture and return to action. So while I didn’t want to be constrained by telling a true story, I drew a lot of inspiration from her when creating Juliette.

One of the greatest threats that Alan and Juliette face is a traitor within the escape line. Sadly, this is also inspired by true stories.

The Nazis were constantly trying to get agents inside the Resistance. Sometimes they succeeded. Whether for money, ideology, or simple self-preservation, several people turned against their comrades.

One of the most infamous examples was the destruction of the PAT escape line. This was undermined by two traitors from within – a British sergeant named Harold Cole, who was living undercover as part of the network in France, and Roger Le Neveu, a Frenchman recruited by the Gestapo to infiltrate the group. The PAT line is credited with helping around 600 escapees achieve freedom, but it had to be shut down in 1943 because so many members had been arrested that it could no longer run.

This was the life of the Resistance members running the escape lines – one of dangers both from without and from within.

A lot of smaller details in the story are also drawn from reality.

Alan’s escape kit, as provided by MI9, is the sort of equipment that organisation gave to real airmen. Both the compass in the bootheel and the convertible flight jacket were used by British pilots.

Alan’s cross-country journey in the boot of a car is also real. As a neutral country, Spain interned combatants found on its land, and so British embassy staff had to hide POWs on their journey to Gibraltar. That can’t have been a fun ride.

Even the little old Frenchman out cycling after dark, looking to rescue downed airmen, is based on real events.

The Resistance and escape lines were an extraordinary part of history, and I’m proud to have crafted this story around them. I hope you enjoy it, and if you did, lleave a comment to tell me what you thought.