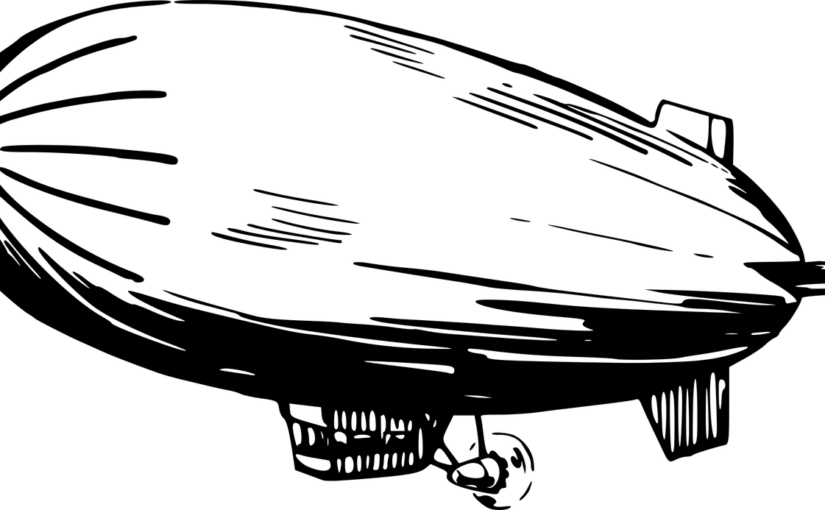 The smog around the Salt Bay spoil heaps was the thinnest I had ever encountered. From the bridge of the airship, we could see nearly two hundred yards before grey air gave way to impenetrable gloom. It was almost enough to make me believe in the clear skies from folk tales.

Waystones rattled across the navigation boards, guiding our course into the depths of the detritus. Swooping in low, we passed houses built from warped wood and broken beams, smoke billowing from the stone-built smelters that turned scrap metal into ingots.

I set down beside a house matching the sketch I had been given. The place was solidly built, its walls sturdy at the base with a thinner wooden storey above, like the defenses of a marching camp. Behind it, scavenged timbers held up the entrance to a mine shaft leading into the side of a mountainous spoil heap. A man was emerging from the heap, carrying a crate which he set down before looking up at us.

Leaving the crew to secure the ship, I strode down the gangplank and across broken ground to the man at the mine entrance. He wore a frayed military jacket, the epaulets and embroidery torn away, and a deep frown. The years had crumpled and darkened his face, but it was still unmistakably the man whose engraving I had seen in old newspapers. Childish as it might sound, my pulse quickened in anticipation of our meeting.

“Not admiral,” he snapped. “They took that from me along with my command.”

Good. There was the righteous fire that older men had told me about.

“That title could be yours again, if you’ll take the command with it.”

“I don’t know what your game is, Captain,” Albon said, squinting at my insignia. “But you’re deluding yourself. Pomeroy would never let me back, and besides, I have work to do here.”

He patted the crate. The spoil underneath shifted, the crate tipped like a deck on a windy day, and I heard the clatter of waystones. The ones in my ship had come from a place like this, components scavenged from inside the spoil heaps where the smog could not get to them. It was said that the oldest airships in the fleet had original waystones, carved from natural stone seams before the smog tainted them, but old airmen loved to tell tall tales.

“Lord High Admiral Pomeroy’s objections may not be the issue they once were,” I said. “He suffered some setbacks in the Western Reach, then tried to blame it on his officers.”

“And others take a long time to come about. A number of senior officers now question the wisdom of letting the Lord High Admiral continue in post. His spiteful and erratic behaviour throws some of his past decisions into a new light.”

“Ha!” Albon picked up his crate and carried it towards the house. “You think if he hates me I must be one of you. Seems you’re all still as shallow as a summer soot drift.”

I clenched my jaw and hurried after him. This wasn’t how such conversations went in novels, with their clear curve towards justice. Where was the wronged exile seeking redemption?

“Stop calling me that.” He slammed down the crate and held up a hand, its palm smooth with scar tissue. “I disgraced myself, got thousands of men killed because I didn’t follow orders. Ranks are for those who deserve them.”

“If Pomeroy had given you the backing you needed—”

“If night was bright then we wouldn’t need lanterns, but grey skies still turn black at dusk.” He took a deep breath, then gestured at the spoil heaps, this landscape built on generations of discarded waste. “I earned this, with or without Pomeroy’s help.”

“Please.” I held myself tall, my voice tight with tension. “We need you. You’re a symbol the opposition can rally behind.”

“I’m needed here.” He patted the top of his crate. “Digging out waystones so our boys and girls in uniform can find their way home. So no more are lost who needn’t be.”

My crew were gathering around us, caps in hand out of respect for the old man. Whatever I said to try to persuade him, it had to be good, because succeed or fail, it would be around the barracks the moment we got back. I needed time to muster an argument, so settled on mundanity while I rallied my thoughts.

“You know that we can cleanse the stones now?” I asked, pointing at the crate. “They found a way to draw out the smog and make fresh cut waystones usable. No need to go rummaging through the refuse.”

Albon shook his head. “So even this is a waste of my life. Doesn’t that just say it all.”

He sagged, as if all that had held him up was this sense of purpose, and I had chased it out of him. But pity only had a moment in my mind before I realised my chance.

“What was corrupt can be cleansed,” I said. “What was undeserving can be given value again.”

He looked at me, and there was a twinkle in his eye like the gleam of lamplight off a firing pin.

“You’re sharper than you look, Captain.” Slowly, he drew himself upright and brushed the ash and dust from the frayed shoulders of his jacket. He looked around at the gathered airmen, and they came to attention. “All right, it seems I’m not needed here. Let’s go see what needs fixing back home.”

Proudly, I followed him up the gangplank onto my ship.